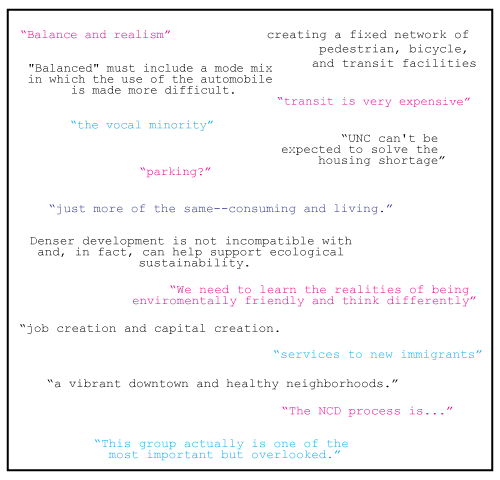 This image shows  some  of what people have said in the 2020 online survey about the Theme Groups. Download the PDF to see it all and keep the conversation going. 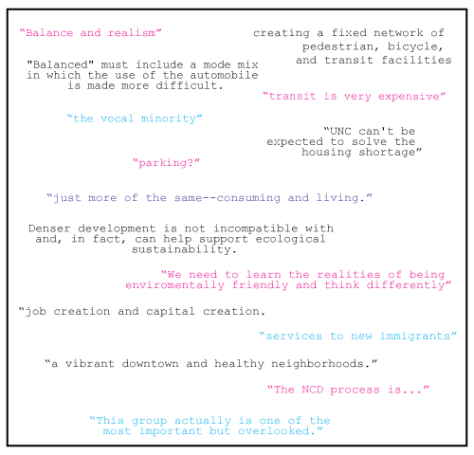 One thought on “What people are saying: Survey Results”

Let us know what you think! Cancel reply

We invite your participation to DESIGN your community. We are working together to implement all the great ideas generated in Chapel Hill 2020, the new comprehensive plan that sets a vision and a path for growth for Chapel Hill.